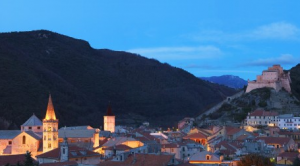 Finalborgo offers many cultural and artistic events promoted by the Museum of Finale and the Town Library that are based in Santa Caterina monumental unit, a typical example of monastic architecture of the XIV century. But you can find art also in the craftsmen and artists'  shops where materials, colours and ideas become artistic objects.

Many local associations organize and promote a lot of events. From the summer walks towards the castles to the medieval festival, from the music sessions on the road to the concerts into the Auditorium, from the flea market to the swaps market, from the olds toys and games in the streets to the Occitanian dances, from the local book trade show to the sporting exhibitions. 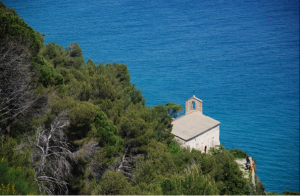 Situated on a rocky outcrop overlooking the sea between Varigotti and Capo Noli, on the hills surrounding the harbour bayfilled by the Genoese in 1341, the medieval church of San Lorenzo was supposedly built on an existing place of worship dating back to the Byzantine age. In the first decades of the twelfth century it was given its present appearance by the Benedictine monks, who came from the island of Lerins and to whom the church had been entrsted by the Bishop of Albenga on March 20, 1127, after the destruction of the Rothari in 693 A.D. After being abandoned by the monks, it became the parish church of Varigotti for 400 years until 1586. Along with the "castrum", dating back to the Byzantine era, it represents a complex of great historical interest and natural beauty. The building has a rectangular plan and the apse is also rectangular. On the side facing the sea are two pointed-arch doors flanked by slit windows, while on the side facing inland, a squar-shape room was added, subsequently enlarged with the construction of adjacent premises with ribbed vault on late-gothic ogives. In the sixteenth century when the parish seat was moved to the new church built along the beach, the "old" San Lorenzo church became a cemetery chapel and was later abandoned. Severely damaged by a bomb lost by a British bomber in 1944 it was restored for the first time in 1946 with completion of the work in 1950. It was finally consolidated between 1996 and 1998 with the reconstruction of the roof by the "Friends of San Lorenzo" Association. This was the first restoration in Liguria in which a helicopter was used to lift buildind materials. 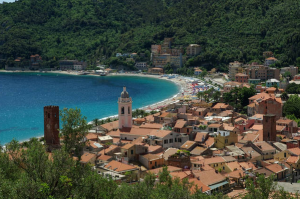 Very nice histoical (historic) village, has stone arcades, towers the rests of the castle of the XI century. It became importantin 1907 when, under the Marchesi del Carretto. it took part to the first crusade, becoming the fifth maritime republic in 1192. The village is surmounted by the Ursino mount, wich inspirated Dante Alighieri in the Purgatory production. After different historical events Noli joined Genoa until Napoleon's arrival. Later it passed to the Kingdom of Italy. 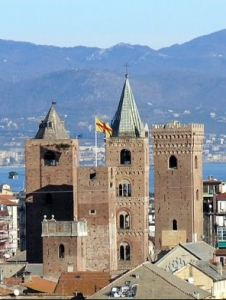 "Albium Ingaunum", nowadays Albenga, was founded 25 centuries ago. The village became a Roman "municipium" in the 45 b.C. To see the historical centre partly encircled by medieval walls. After having been one of the first free sea Communes, it belonged to the Republic of Genoa in the 1251. Occupied by the Savoys in the 1625 and by the Genoeses again, it returned under the formers. In front of the beach the Gallinara Isle overlooks the sea and the hiterland is distinguished by the rich "Piana". 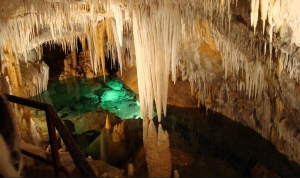 The Borgio Verezzi Caves were first discovered in 1933. Three young boys from the village followed the Battorezza Stream, that sometimes disappeared through a narrow passage, and climbed down into a small chamber. Using smoke from a candle they wrote their names on the walls commemorating their discovery. A new wonderful cave was found, but nothing more was said about it for a long time.
In 1950 a team of speleologist, led by Giovanni Dentella, took interest in the cave again and, finding a new passage, started the exploration discovering further five kilometers of galleries and chambers.
Giovanni Dentella himself, stunned by the beauty of this underground world, planned and carried out the actual tourist underground route that was officially opened on June 29 th 1970. It leads us along the crystal clear waters of small lakes and into large chambers from whose vaults hang long thin stalactites close to coloured draperies and mysterious helictites that seem to grow in spite of the law of gravity.
As rain water filters through these fractured rocks it slowly dissolves them enlarging the joints, but once it comes to the vault of the cave - or drops on its floor - it deposits its mineral content. That's the reason for such a wide polychromy. Each one of those mineral substances gives the dripstones a different colour, from pure white to grey, from reddish-brown to lemon yellow, forming a brilliant rainbow that plunges himself into the emerald green waters of the mirror-like lakes.
In the cave's dark recesses time has also preserved some memories of his remote past. There were found fossil fragments belonging to extinct animals such as cave bears, elephants, turtles or smilodon - the sabre tooth tiger. 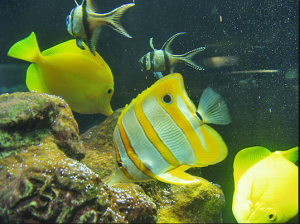 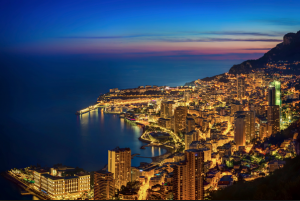 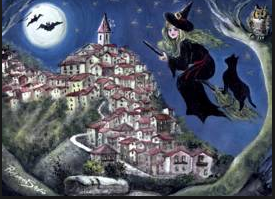 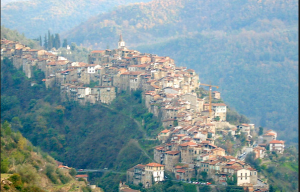